Announcing the first MTB Egypt Rider of the Year award 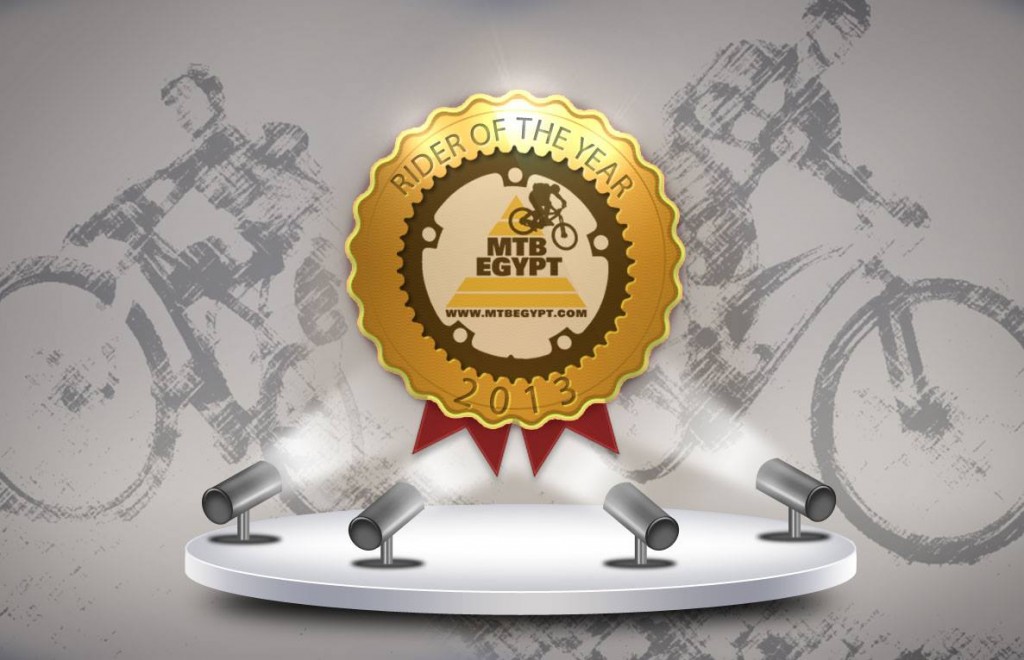 MTB Egypt has been actively promoting mountain biking in Egypt for many years now, and the sport has seen outstanding growth in a few years thanks to a great community of riders. In an effort to encourage more participation and build a larger community of mountain bikers in Egypt, we will be having an annual “Rider of the Year” award, the winner of which is to be announced at the end of each year.

The award will not be limited to only one rider, but will also include “Rookie of the Year” for riders who have only been riding for less than a year and have shown outstanding commitment and rapid advancement in riding skill, and a special award for active community engagement, advocacy and promotion of the sport in Egypt.

The award is intended to promote a sense of healthy and friendly competition, and is based on multiple criteria as explained below.

1. 2013 Rider of the Year: The Rider of the Year must have shown exceptional dedication and commitment to the sport, and the selection criteria includes the total (approximate) mileage the rider has covered in off-road rides in twelve months, commitment to participation in weekend group rides, relative improvement in riding skill and physical fitness, general courtesy and involvement in the community (helping introduce new riders to mountain biking, offering assistance with things like carpooling to group rides, assistance with maintenance, etc), willingness to volunteer in trail building and maintenance efforts, and extent of knowledge of DIY bike maintenance and servicing.

2. 2013 Rookie of the Year: This is limited to riders who have been mountain biking for 12 months or less at the time of award announcement. Criteria is similar to the Rider of the Year award but mainly focuses on individual improvement in mountain biking skill and fitness and general commitment to the sport.

3. 2013 MTB Egypt community award : This is intended to recognize someone who has been exceptionally active in helping promote mountain biking in Egypt, keeping community members aware of the latest and greatest in mountain biking (for example through participation in the community’s social media channels on Facebook and elsewhere), introducing new members to riding, participating in organizing for community events like races, etc.

Nominations and voting will be open in late December 2013, and the winner(s) of the first MTB Egypt ROTY award will be announced in early January 2014.