In praise of the single ring: why go 1x? 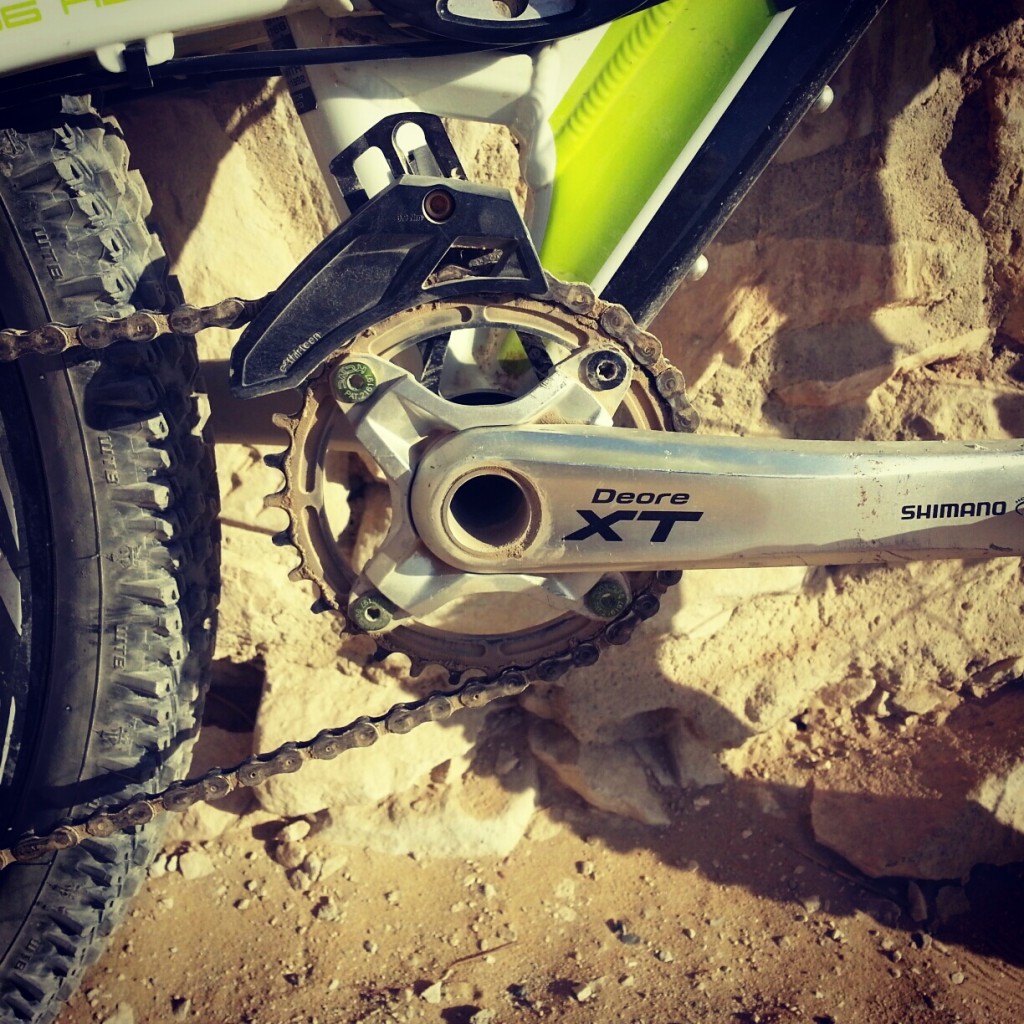 My 1x9 trail riding setup with an E-Thirteen 32T Guidering and XCX chainguide on a Shimano XT crank coupled with an XTR 11-34 cassette.

1. Less maintenance: With a 1x system, you lose the front (left) shifter, front derailleur, shifter cable and housing, and at least one chainring (depending if your started out with a 2x or 3x crankset). This means less parts to maintain and/or replace on your mountain bike. Chainrings are one of the quickest-wearing parts on your bike, and replacing a single ring is always cheaper than replacing two or three.

2. Less weight: because you will no longer need the components mentioned above, you are saving some weight from your bike. While gram-counting and extreme weight savings are not something recreational riders should worry about too much, a lighter bike is always welcome, especially if you ride in a rather hilly terrain. You can loose as much as 400 grams from your total bike weight by going 1x.

3. Less thinking: With a traditional 3x or 2x system on modern mountain bikes with things like adjustable suspension and dropper posts, things can get too complicated with brake and shift levers to push/pull, seatpost buttons to press to drop/raise your saddle and knobs to turn to drop/raise your fork or lockout/open up your suspension. When you want to concentrate on picking good lines and going faster, it could be too much technology to deal with in the saddle. Taking front shifting out of the equation definately contributes to simplifying things. On my bike, the left-hand side of my handlebar has the front brake and the dropper seatpost button, and the right-hand side has the rear brake lever and the rear shifter. Things are simpler, and I can concentrate more on the riding.

4. Less chainslap: You know it, you hate it and you’ve learned to deal with it: chainslap: 2x and 3x systems have to have a relatively long chain to fit the wide range of teeth counts on the multiple rings and rear cogs. More chain=looser chain=more chainslap. With a single ring on the front, you can run a mid or short-cage rear derailleur and shorten your chain. A tighter chain across your gear range means significantly less chainslap. (with the new clutch type rear derailleurs from Shimano and SRAM, an even quieter drivetrain is possible) 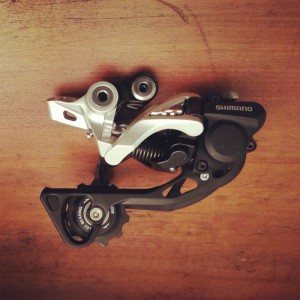 5. Less chainsuck/drop: on multiple chainring setups, the chain is often forced to run at uncomfortable angles, which increases the opportunity of annoying things like dropping the chain, chainsuck and also makes for a less efficient drivetrain (the straighter the chainline, the more efficient your drivetrain is). As mentioned, things like clutch rear derailleurs, coupled with simple top-only chainguides (like the E-Thirteen XCX or MRP 1x) can significantly increase chain retention and enable you to go faster on rougher terrain without worrying about the chain coming off. SRAM’s new XX1 group’s chainrings even has special tooth profile that are claimed to prevent chaindrop without the need for a chainguide.

6. Better ground clearance: With a smaller ring on the front, your chances of bashing it on trail objects is reduced. Modern mountain bike geometry is leaning towards slacker, lower bikes for more stability at speed, but at the expense of ground clarance. You can counter this by going 1x and even adding a bashgaurd for additional protection if you ride aggressively in a particularly rocky area. 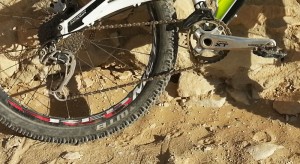 Single ring setups often have improved ground clearance and put your chainring further up and away from harms way.

7. Stronger legs: Contrary to popular belief, going 1x will not cause you to lose a lot of gear range compared to 2x or 3x systems. You only forgoe the lowest gears (granny) and highest top-end (big ring), which are gears that you rarely use anyway (for most riders). Also, a lot of your 2x or 3x gear combinations are duplicate or crosschain gears that you do not use anyway. You will also deal with not having the granny by pushing a slightly longer gear on tough climbs, which only means that you’ll become a better, stronger rider!

I have been running a 1×9 system for sometime now and very happy with it, and the only thing I would miss sometimes is the upper end of the range on fast, wide open (not too technical) descents (you can always run a bigger chainring to suit the terrain you are riding). Converting your existing setup to 1x is easy and reversible (you can always go back to 2x or 3x if you don’t like it). With the introduction of dedicated 1x systems such as SRAM’s XX1 with it’s massive cassette range and 1x-specific chainrings, multiple chainring systems are loosing their appeal for the majority of mountain bike applications.